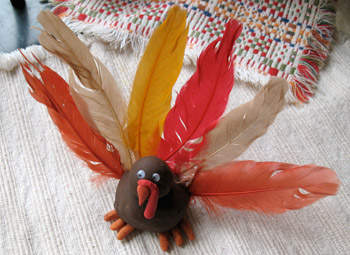 Make this cute turkey from modeling clay and feathers and display it on your Thanksgiving table. It’s a fun way for the kids to keep busy while dinner is cooking.

How To Make It

1. Roll brown clay into one large ball and one small ball. Cut or break toothpick in half, poke half of the toothpick into the large ball (body) wherever you want the head to be. Place the head onto the exposed toothpick. 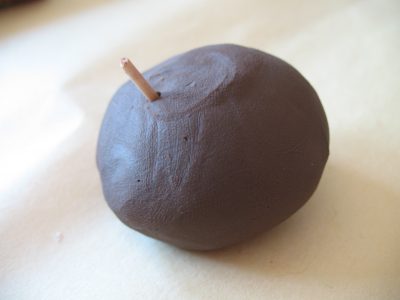 4. Roll out six small pieces of orange clay. Press three next to each other on the bottom of the turkey toward one side, and the other three on the other side. 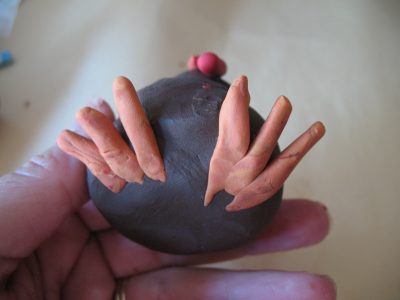