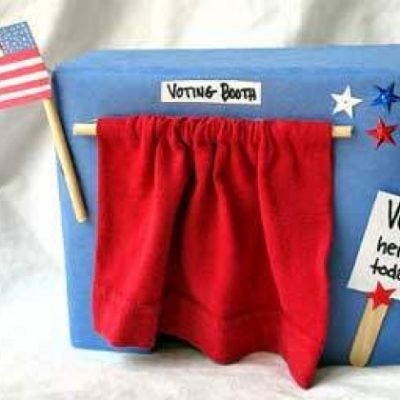 Get your future voters into the swing early by helping them make this cute, miniature voting booth! Discuss how important it is to vote in our democratic society to groom them as future voices.

How to make it