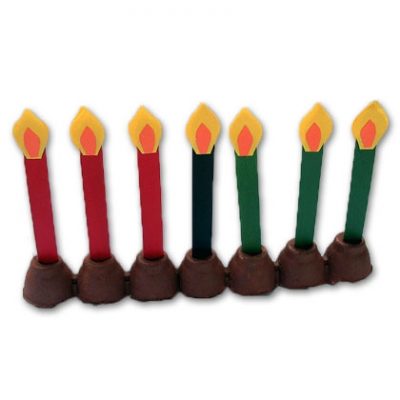 During the season of Kwanzaa, make this fun kinara from egg cartons. The colors of the candles represent the people (black), their struggles (red), and the future (green).

How to make it: